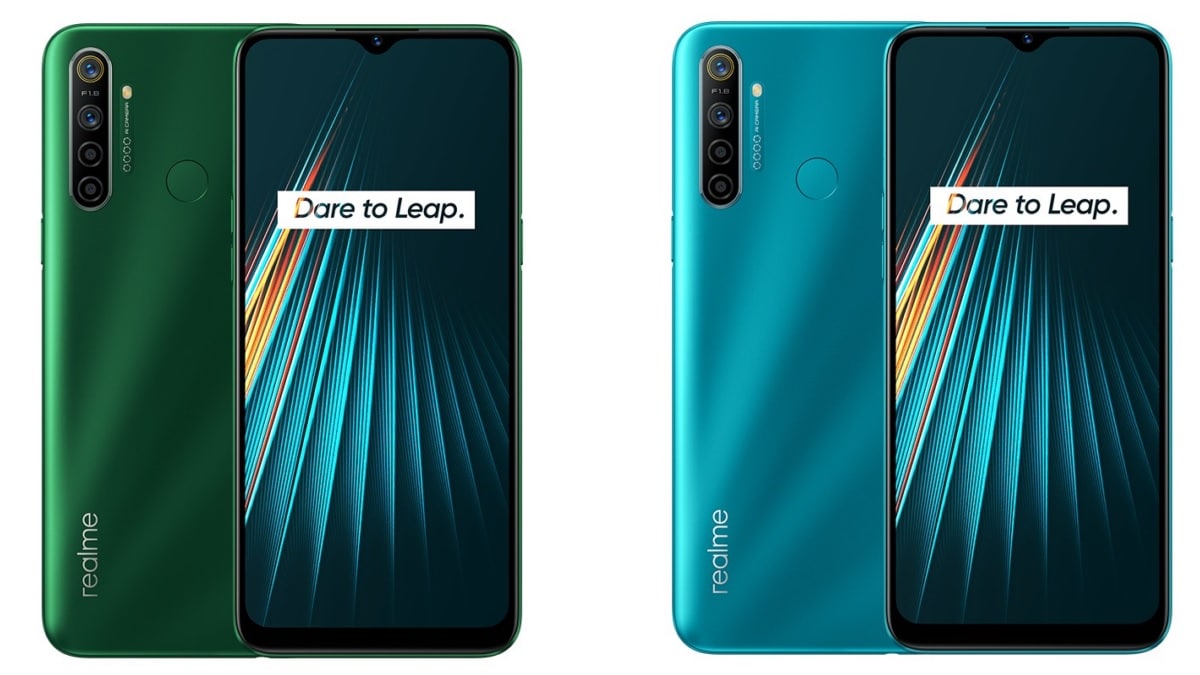 Realme 5i comes in Blue and Green colour options.

HIGHLIGHTS
s
IN THIS ARTICLE

Realme 5i is finally official, after numerous teasers and leaks. The new budget smartphone was launched on Monday in Vietnam, and will make its way to India on Thursday. It is a slightly watered-down version of the Realme 5. The Realme 5i packs a quad rear camera setup that includes dedicated wide-angle and macro snappers. It comes equipped with a 5,000mAh battery and sports a 6.52-inch display with a waterdrop notch. Just as a prior retailer listing had revealed, the Realme 5i is powered by the Qualcomm Snapdragon 665 SoC paired with up to 4GB of RAM.

The dual-SIM Realme 5i runs Android Pie with ColorOS 6.0.1 on top. It packs a 6.5-inch HD+ (720 x 1600 pixels) display with a waterdrop notch, 1200:1 contrast ratio, and Corning Gorilla Glass 3+ for protection. The display has 89 percent screen-to-body ratio, and is claimed to deliver 480 nits of peak brightness. The new Realme phone draws power from the octa-core Qualcomm Snapdragon 665 SoC paired with up to 4GB of RAM.

Realme 5i comes equipped with a 5,000mAh battery with support for 10W charging. It offers up to 64GB of onboard storage that can further be expanded via a microSD card (up to 256GB). Connectivity options include 4G LTE, Bluetooth 5.0, Wi-Fi 802.11ac, and GPS. Sensors on board the Realme 5i are a compass, ambient light sensor, proximity sensor, accelerometer, gyroscope, and fingerprint sensor for authentication. Dimensions of the Realme phone are 164.4 x 75 x 9.3mm and it tips the scales at 195 grams.

Photo Credit: Slashleaks OnePlus 8 Lite is rumoured to have the MediaTek Dimensity 1000 SoC HIGHLIGHTS The photo shows a dummy model of the alleged OnePlus 8 Lite The rear...