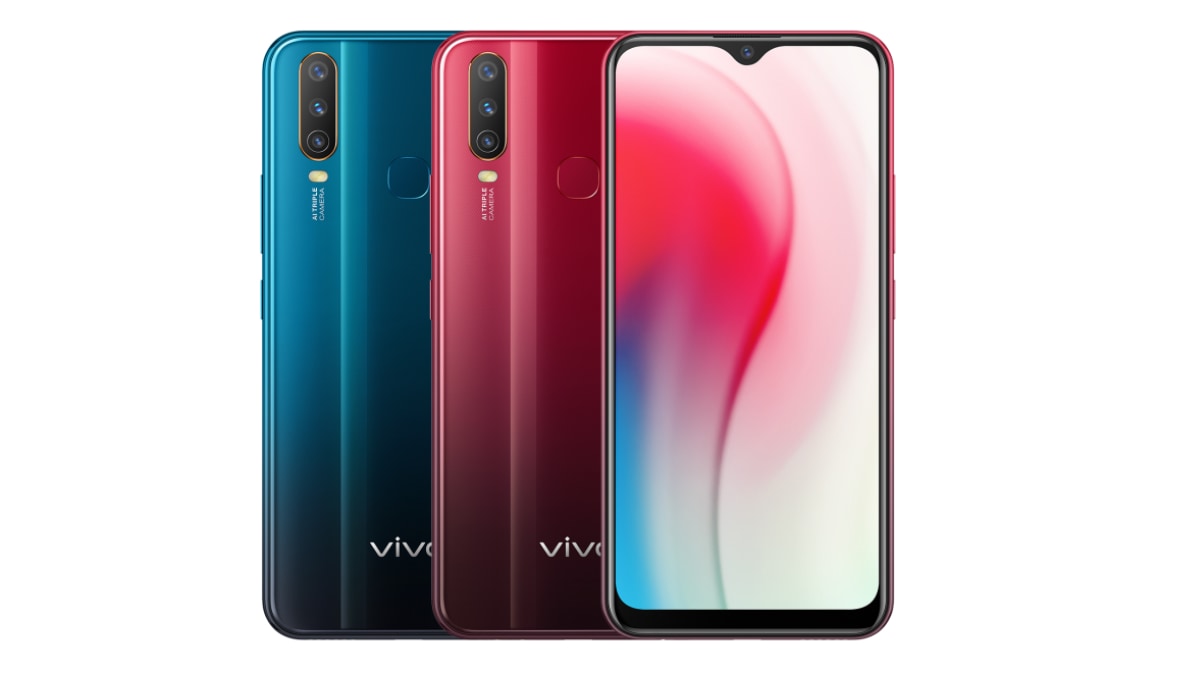 Vivo Y3 price is set at CNY 999 (roughly Rs. 10,000) for the 4GB RAM + 64GB storage option, as listed on the Vivo China site. The 4GB RAM + 128GB storage model of the Vivo phone was launched back in May at CNY 1,498 (roughly Rs. 15,000). The newly debuted 64GB storage variant comes in Ink Blue and Red-Black colour options, whereas its existing model has Peacock Blue and Peach Pink colours.

Details about the global launch of the Vivo Y3 are yet to be revealed.

The dual-SIM (Nano) Vivo Y3 runs Android 9 Pie with Funtouch OS 9 and features a 6.35-inch HD+ (720×1544 pixels) display with 19.3:9 aspect ratio and 89 percent screen-to-body ratio. Under the hood, the phone has the octa-core MediaTek P35 SoC, paired with 4GB of RAM. For photos and videos, the Vivo Y3 has the triple rear camera setup that consists of a 13-megapixel primary sensor with an f/2.2 lens, along with an 8-megapixel sensor sporting an ultra-wide lens, and a 2-megapixel depth sensor. There is also a 16-megapixel selfie camera at the front with an f/2.0 lens.

The Vivo Y3 has 64GB and 128GB of onboard storage options that both support expansion via microSD card (up to 256GB). Connectivity options include 4G VoLTE, Bluetooth, Micro-USB, and a 3.5mm headphone jack. Onboard sensors include an accelerometer, digital compass, fingerprint sensor, and a proximity sensor. Besides, the phone packs a 5,000mAh battery with Dual Engine fast charging support.