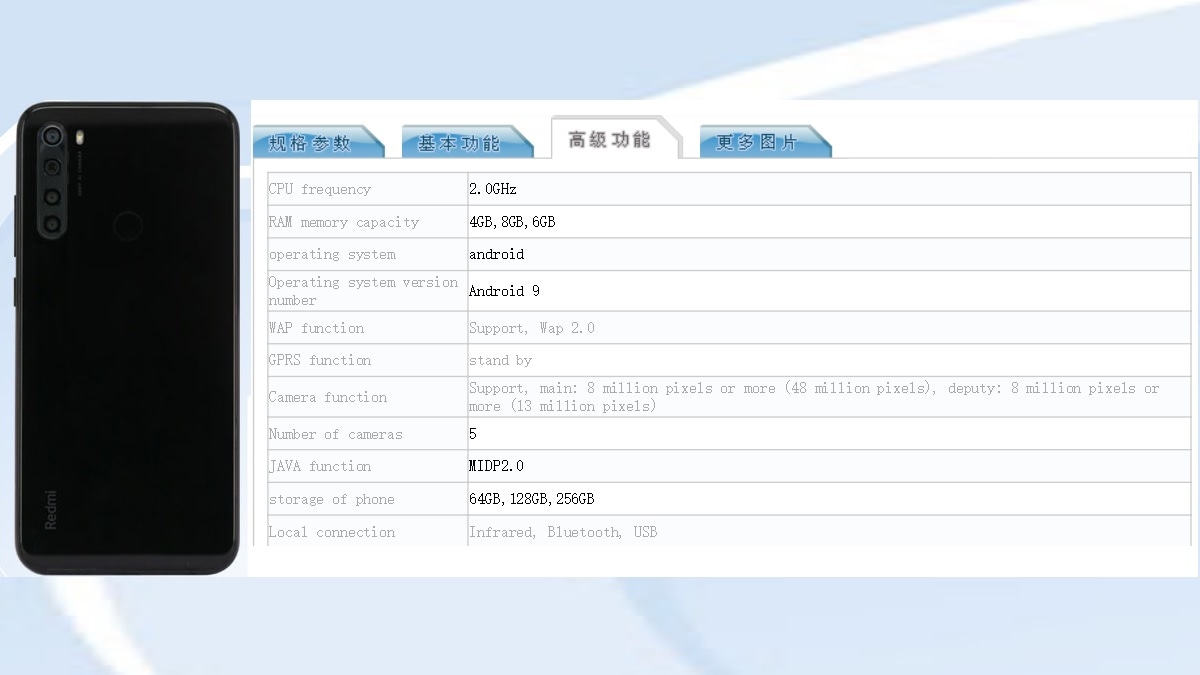 HIGHLIGHTS
JUMP TO
IN THIS ARTICLE

Redmi Note 8 and Redmi Note 8 Pro were launched in China last month, packing some impressive hardware at a competitive price point. The Redmi Note 8, in particular, comes with up to 6GB of RAM and 128GB of internal storage, ticking alongside the Snapdragon 665 SoC. Xiaomi is now seemingly gearing up to launch a more powerful variant of the phone that will double the internal storage to 256GB, while simultaneously increasing the amount of RAM to 8GB. The beefed-up variant of the Redmi Note 8 is expected to debut in the Chinese market soon.

The new Redmi Note 8 model packing 8GB of RAM and 256GB of internal storage has been spotted on TENAA. The phone’s listing on the certification authority’s database indicates that the upgraded Redmi Note 8 model will soon hit the market in China, but there is no word whether it will make it to other markets as well. Interestingly, the TENAA listing also mentions a total of eight colour options of the phone viz. black, blue, grey, green, pink, purple, red and white.

To recall, Xiaomi originally launched the Redmi Note 8 in Dream Blue, Meteorite Black, and White colours. This means the company has five new colour options – grey, green, pink, purple, and red – of the phone in the pipeline. However, the TENAA database doesn’t have photos of the Redmi Note 8 in any of the aforementioned new colours.