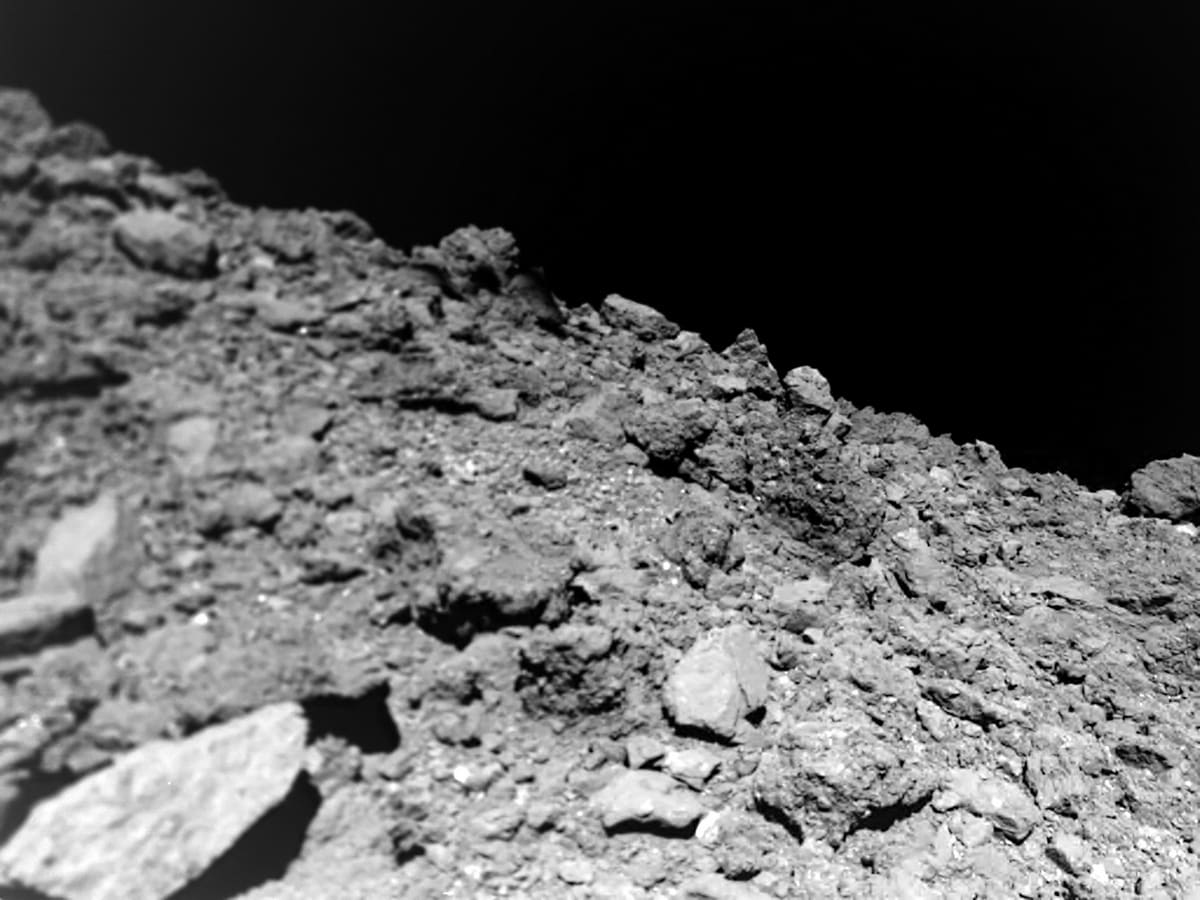 Photographs snapped by a shoebox-sized probe that explored the near-Earth asteroid Ryugu have offered new clues about its composition, insights that will help scientists understand the formation of our solar system.

The German-French Mobile Asteroid Surface Scout (MASCOT) hitched a ride on Japan’s Hayabusa2 spaceship, touching down on the 900-meter (3,000 feet) wide asteroid, whose orbit lies mostly between Earth and Mars, on October 3, 2018.

Ryugu’s gravity is 66,500 times weaker than Earth’s, and the forward motion of wheels would have launched MASCOT back into space.

So it instead hopped around the surface using the tiny amount of momentum generated by a metal swing arm attached to its boxy body, which weighed 10 kilograms (22 pounds).

In addition to taking temperature readings and other measurements, MASCOT reeled off a series of pictures showing the asteroid is covered with rocks and boulders that fall into one of two categories: dark and rough with crumbly surfaces that resemble cauliflowers, or bright and smooth.

“The interesting thing there is it really shows that Ryugu is the product of some kind of violent process,” Ralf Jaumann of the German Aerospace Center and the lead author of a paper describing the findings in the journal Science on Thursday, told AFP.

Ryugu may be the “child” of two parent bodies that collided, broke up, and then came back together through gravity, the researchers say.

Another theory is that it could have been struck by another body that created different interior temperature and pressure conditions, resulting in the two types of material.

Many of the rocks also contained small blue and red “inclusions” — material that was trapped in the rock during its formation — making them extremely similar to a type of rare, primitive meteorites found on Earth called carbonaceous chondrites.

“This material is primitive material — it’s the very first material of the solar nebula,” or the cloud of interstellar dust and gas that formed the planets of our system, said Jaumann.

Hayabusa2 will eventually return to Earth carrying samples, but MASCOT’s observations provide information on the material’s original geologic context: how it is exposed to temperature changes, how it gets weathered, and so on.