Not A Year She Didn’t Bring Me Chocolate Cake: LK Advani On Sushma Swaraj 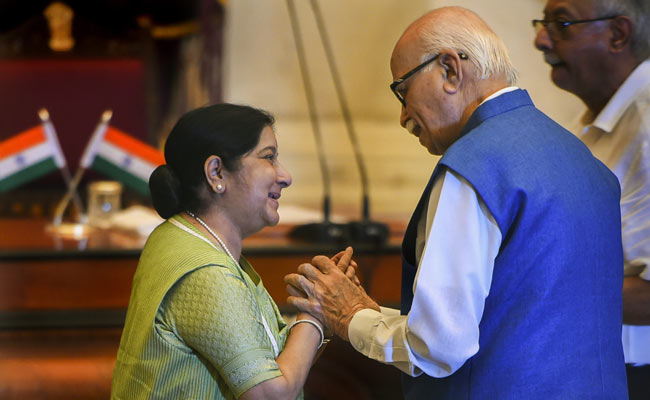 Mr Advani, 91, said in his tribute he could not recall a single year when she missed bringing his favourite chocolate cake on his birthday.

Ms Swaraj was someone whom he had known and worked with since “the beginning of her illustrious innings” in the BJP, said the veteran, who had spotted her as a promising young activist to include in his team