With just a couple of days to go for MWC 2017, one can expect the leaks to pour in from all sides. LG’s flagship G6 is among the most anticipated devices to be unveiled on Sunday and some final set of leaked details can be expected before the official announcement. The most recent one comes from none other than prolific tipster Evan Blass (aka @evleaks), who tweeted the LG G6 in its variety of colour options. LG’s MWC event is scheduled to begin at 12pm CET (4:30pm IST) on Sunday. 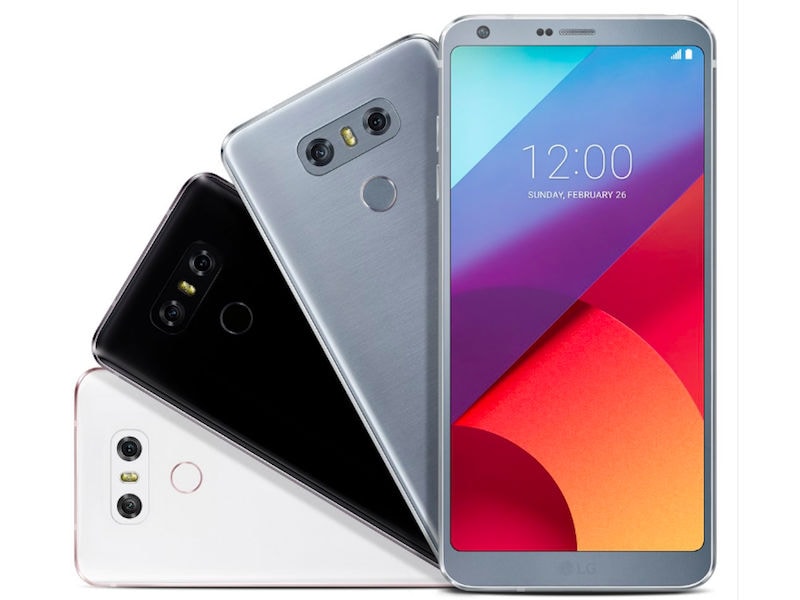 Blass’ tweet reveals that the upcoming LG G6 smartphone will be available in Mystic White, Astro Black, and Ice Platinum colours. From all the leaks so far, there is little left to the imagination as far as the design of the G6 is concerned. We know that LG is going for a near bezel-less design with slim bezels on the top, bottom and the sides.

On Wednesday, Blass shared a press render of the LG G6, which pretty much confirmed all the past leaks. The minimal front of the G6 sees no sign of the Home Button, while the back features a dual camera setup with a fingerprint scanner just below. The back also seems to sport a glossy finish and rumours of a iPhone 7-like Jet Black colour for the G6 might just be the Astro Black.

The Mystic White colour option will likely have a glossy finish as well. Meanwhile, the Ice Platinum variant looks to have a smooth metallic finish and will likely be the only metallic variant for the LG G6. Earlier this week, LG showed off its flagship to select users for first impressions ahead of the official unveil, with many praising the device’s design, aesthetics, and FullVision display.

A separate leak also teased the new camera UI for the LG G6 with a square capture mode as one of its major highlights. The feature reduces the viewfinder to a square, allowing the bottom half of the screen to act as a preview for the images that you take. This means you won’t have to leave the camera app every time you want to see the images that you’ve captured. The feature looks to make good use of the flagship’s 18:9 display.

The LG G6 has been teased by the company to sport a FullVision display with a new UX 6.0, Quad DAC support, dust and water resistance, and a dual camera setup with two 13-megapixel sensors, a battery larger than 3200mAh, among others. The LG G6 is is set to launch on February 26 at MWC in Barcelona.

Knowing the Perfect Dose Can Enhance the Results for Users